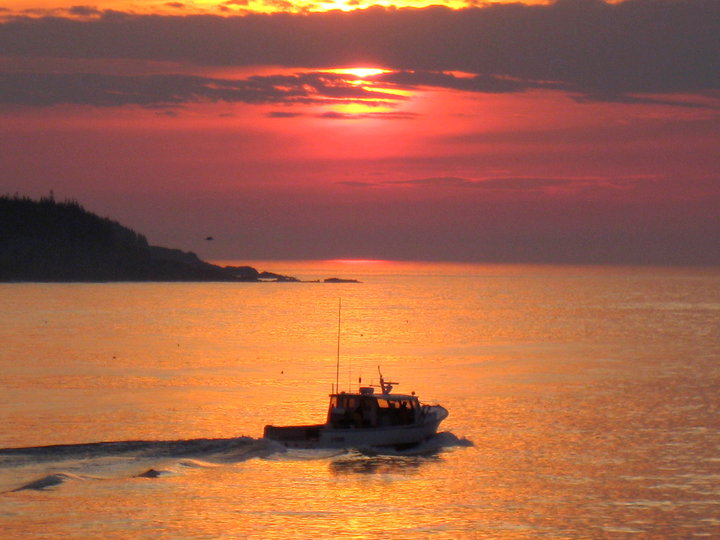 A Maine lobsterman, a symbol of untarnished, rugged independence, heading out for a day of work. Photo courtesy of Billy Kitchen.

The landscape of the lobster industry has changed vastly in the years since I stepped off the stern of a lobster boat and into corporate America.  An exploding lobster population and economic turmoil have created challenges that my family and the larger Maine lobster community could not have foreseen in the 1980s and 1990s.

During these last two decades a group of consumers, called the Millennials, has also come of age. Their value system, shaped by years of exposure to corporate greed and political scandal, the anonymity of the computerized world, and the tenuousness of stable work has led them to yearn for authenticity in the products and services they purchase. This desire for authenticity, often tied to localism and regional pride, is redefining the relationship consumers have with Maine lobster, making our state’s iconic brand more relevant and revered than ever before.

Let’s talk about the word “brand.” We all remember the old Westerns in which a cowboy would mark a steer with a sizzling metal brand, leaving a symbol that all could see and recognize on the animal’s skin. Today the word has a broader meaning. “Brand” denotes abstract qualities associated with an object, be it a computer, car or crustacean. Think of the company, Apple. Its brand conjures up images of innovation, elegant design, and hipness. Its “brand” is the sizzling mark it has left in the consumer’s mind.
I have spent much of my adult life building and managing brands. I moved to New York City in the spring of 2002, while the dust was literally still settling from the collapse of the Twin Towers, to help manage one of the world’s most famous branded commodities, Intel microprocessors. I spent my days creating advertising to educate consumers about the superior quality of computers with Intel Inside. I occupied my evenings exploring the NYC food scene.
At that time New Yorkers perceived ‘Maine’ lobster as superior in quality, a product for which they were willing to pay a premium price. Manhattan menus rarely served lobster without specifying that the lobster had come from Maine. Diners indulged in Maine lobster dinners at white tablecloth restaurants as an expression of wealth. As an advertising specialist, I appreciated how fortunate Maine lobster was to have such an aspirational status, especially with very little marketing going on. Yet I also knew there was far more to the Maine lobster story. What I did not know was that The Millennials were just coming of age. Their values would do more to help broaden the understanding and appeal of America’s favourite crustacean than ever before.
According to demographers, Millennials are a segment of the population born roughly between the years 1980 and 2000. The term represents over 80 million consumers in the U.S. who currently spend over $600 billion per year. More than in previous generations, Millennials are particularly conscious of their health, the environment and the origins of their food. They consider the products they purchase to be extensions of their values and support businesses that take responsibility for their products and operate with honesty and transparency.
While Millennials aspire to luxury products and experiences, they are much more interested in the human touch behind those products — the craftsmanship involved in the process, from first stitch to final sale. Some refer to this process as a product’s “provenance.”
My first summer in New York, as the Millennials were making their way into the workforce, I was introduced to the concept of food provenance by my business representative at The Atlantic Monthly Magazine. He was promoting a new book called “The Pleasures of Slow Food.”  When he spoke of the growing Slow Food Movement, which placed increased importance on the origin and sustainability of foods, it crystalized in my mind what I felt was so special about Maine lobster: the people, principles and pride behind our product.
Fast forward 12 years and I find myself in a world where ‘sustainably sourced’ and ‘farm-to-table’ are part of everyday vernacular. Millennials buy into Maine lobster because they care about its provenance. They care that our industry is an owner-operated enterprise. They respect that we catch our lobsters at sea. They want to understand how we conserve the resource. How wonderful that today’s consumers value so greatly the practices we put in place to ensure the long-term survival of our industry.
Millennials, like generations before, love the sweet, succulent taste of Maine lobster but I believe they have a deeper understanding of and more respect for what it takes to get a delicious-tasting lobster onto their dinner plates. I believe that, while lobster is still aspirational as a symbol of wealth and luxury, to Millennials Maine lobster is aspirational in a special way – as a symbol of simplicity, of untarnished, rugged independence. In a world where they have been disillusioned by banks, governments and big business, the Maine lobsterman is someone they can believe in.
The world we live in is changing at an astonishing rate. It’s hard to keep track of the remarkable inventions and services that quickly become part of our everyday lives. New technologies and shifting consumer behaviour are upending some industries and making others obsolete. Yet due to fundamental elements of the Maine lobster industry – the people and the techniques used to catch lobster – the Maine lobster brand is more relevant than it ever has been before. Both the lobsterman and the marketer in me could not be more proud.
« Julia Child’s Lobster Bisque Recipe
What Maine Lobster Can Learn From Microprocessors »