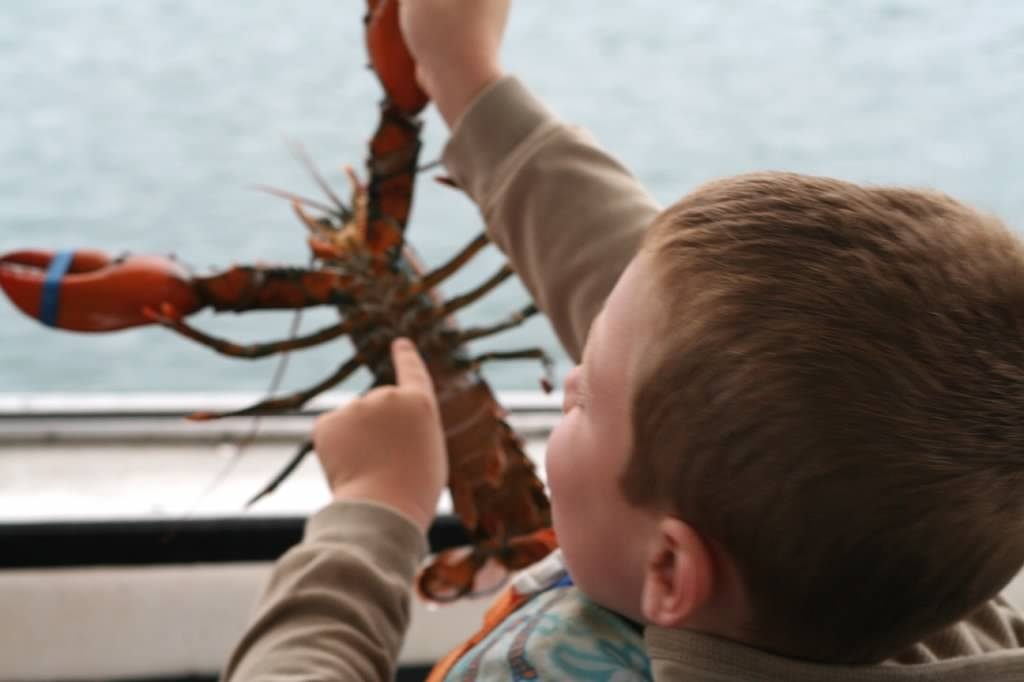 Lobsters don’t just taste delicious, they are fascinating, dynamic creatures.  Here are five fun facts about lobsters which I wrote about in my book,  How To Catch A Lobster In Down East Maine.  Some of these lobster facts make me smile, some amaze me and others inspire me in terms of what we can learn by studying America’s favorite crustacean.  Enjoy!

1. As with humans, lobsters can be either right- or left-handed.  Each lobster has a large crusher claw, used for pulverizing shells, and a slightly smaller pincher claw with serrated edges for tearing soft flesh.  Some lobsters will have the crusher claw on their right sides, while others will have it on the left.  When lobsters spar with each other, they enter into a claw lock – where they clutch each other’s crusher claw and shove back and forth.  If both lobsters are right-handed, they will reach crossways and grip each other as though they are shaking hands.  If one lobster is right-handed and the other left-handed, they will hold hands on the same side to duke it out.

2. Lobsters are able to re-grow most of their appendages as needed.  If they loose a claw, leg or eye in battle or by accident, they can regenerate that body part.  A lobster may also self-amputate a leg or claw to help it escape a predator, as seen in some small land lizards. When it comes time to regrow an appendage, things don’t always go perfectly.  At times, two or three deformed claws will grow out of the original claw joint or a leg may grotesquely grow in the place of an eye.

3. The male lobster is equipped with two penises, with which it can complete ‘the deed’ in a mere eight seconds. Enough said on that one!

4.  Lobsters can live to over 100 years old and scientists don’t actually know the limits of their lifespan. As lobsters age, they don’t stop growing, slow down or become more prone to disease.  They also seem to defy the aging process by becoming more fertile the older they become.  Unlike the cells of most species, including humans, the cells of lobsters apparently don’t have a fixed lifespan and food supplements made from the shells of lobster have been shown to protect against several common causes of death as well as have an anti-aging effect on the skin.

5.  Lobster is a brilliant aphrodisiac. The meat of a lobster is rich in low-fat protein which naturally boosts levels of two brain chemicals  –  dopamine and norepinephrine –  that heighten sensitivity.  Lobster is also full of zinc which is beneficial for boosting the male libido.