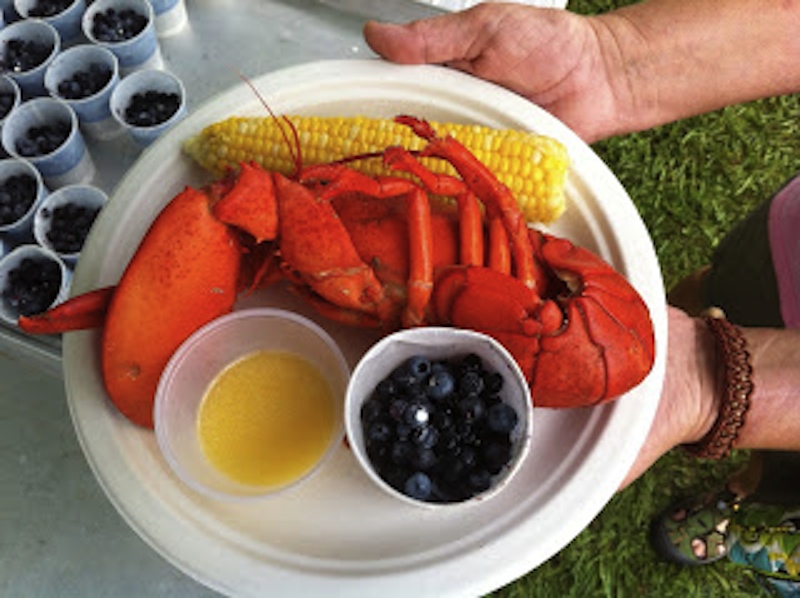 8:00 a.m. – 5K George Schaeffer Memorial road race in Birch Harbor (registration @ 7:00 a.m.). Note: the road race is not yet listed in the 2018 Winter Harbor Lobster Festival Schedule but I’m assuming it will be added as this race has been an annual event for many years.

9:00 a.m. – Craft Fair at the school gym (continues until 4:30 p.m.) along with vendors lining the streets selling coffee, muffins, snow cones, sandwiches and more (the year I went there were lobster rolls for sale).

11:00 a.m. – 3:00 p.m. – Lobster Dinner behind the school gym and town office. The lobster dinner includes a steamed lobster, corn on the cob, coleslaw, a drink and dessert. By early August, the Maine lobster season (shedder season to us Mainers) is in full swing so you get to enjoy a deliciously sweet new shell lobster as part of your Downeast lobster festival dinner.  The price of the lobster dinner varies year to year, depending on the price of Maine lobster in August. 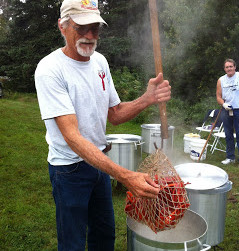