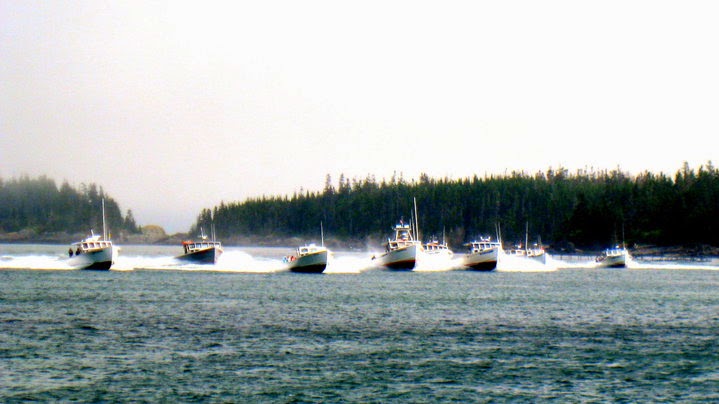 The Portland Harborfest (MS Harborfest) is a three-day festival of sailboats, tugboats and lobster boats.  It includes benefit auction, shore-side activities, food and a festive atmosphere —all in aid of a good cause (the National Multiple Sclerosis Society).  Below is the latest schedule for the 2015 Portland Harborfest.

The MS Harborfest Regatta will be held in Portland Harbor & Fore River.  The exact time is still TBD.

10:00 a.m. – The Portland Lobster Boat Races which can be viewed from Fort Allen Park/the Eastern Promenade (including the walk-way below).

1:00 p.m. – The Tugboat Muster. Tugboats will leave the pier at 12 noon and, immediately after the lobster boat races, there will be a tugboat parade along the Portland waterfront, followed by tugboat races in the outer harbor and a pushing competition between the tugs.

There are usually also shore-side festivities including line throwing contests, food and entertainment.

To read about more events this summer along the coast of Maine, click here.