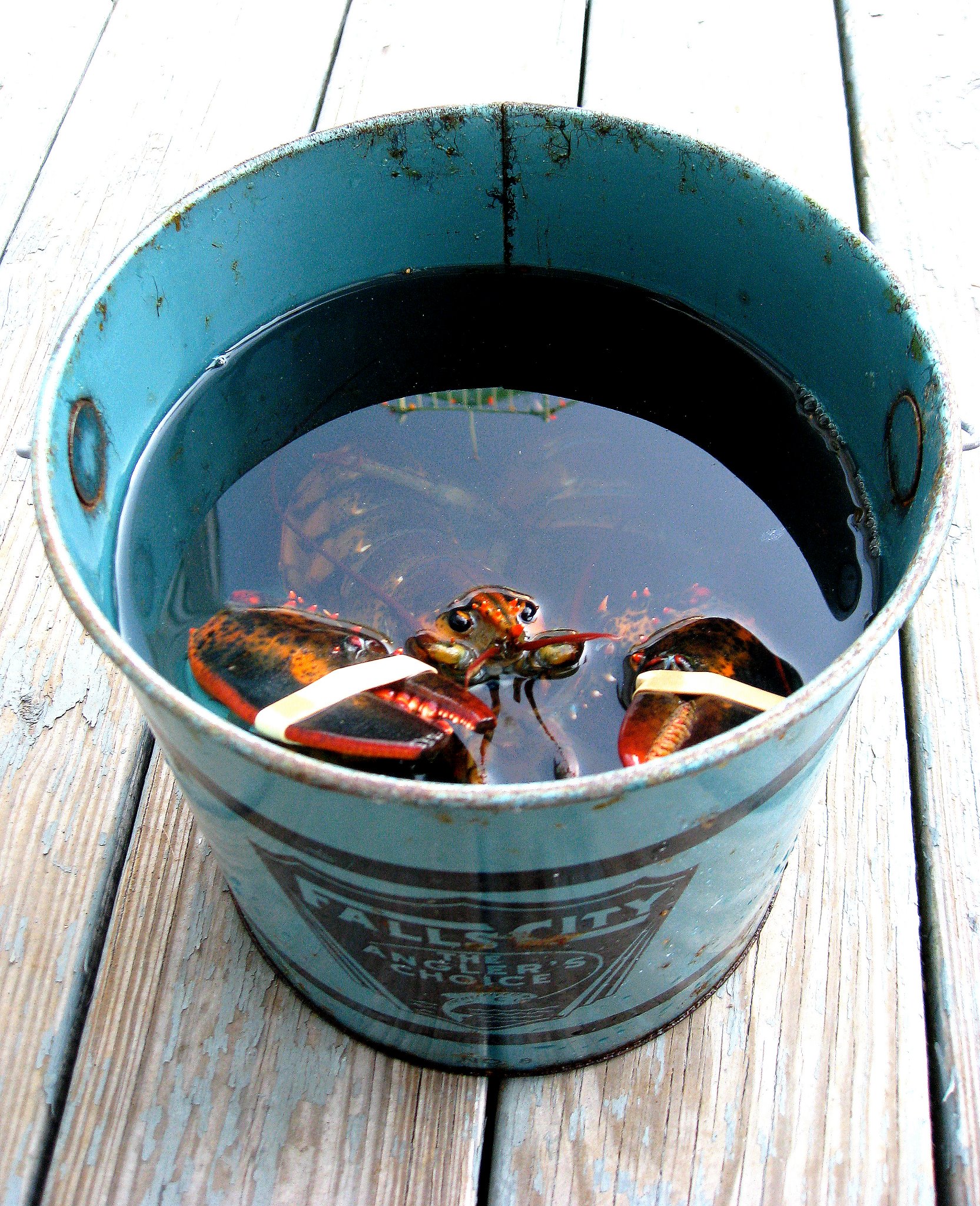 We are now knee deep in January, the month where many people make, and break, their New Year’s resolutions. As I sit here writing this post, some of you are likely already struggling to stay on track with your ambitious goals for 2015.
Ever the optimist, I have set my own challenge for the New Year – to eat more lobster. I may be the only person on the planet with this resolution. You may be chuckling at what appears to be an indulgent decision. But there are some key benefits of eating lobster which sync well with several other common New Year’s declarations.
Two of the most popular New Year’s resolutions are to lose weight and eat healthier. Consuming lobster can help with both these goals. While lobster has earned a reputation as a calorie-rich cuisine due to many of the methods by which it is cooked and served (lobster thermidor, hello!), lobster in and of itself is a very healthy food choice. It is an excellent source of lean protein, with less fat and cholesterol than skinless chicken breast. Lobster is also high in amino acids, potassium, magnesium, Vitamins A, B12, B6, B3 and B2. It is rich in calcium, phosphorus and zinc. Finally, lobster is one of the best sources of easily absorbable iron, which I discovered during my anemia-plagued pregnancies.
Beyond being good for the mind and body, I think eating lobster is good for the soul. Firstly, lobster is sustainably sourced. Most lobster is wild-caught, using methods which ensure the long-term health of the resource. The Maine lobster industry in particular has been MSC-certified as a well-managed, sustainable fishery. I love eating all sorts of seafood but not at the expense of the environment.   Secondly, eating lobster is a wonderful way to support one of the last remaining fisheries which still operates as an artisanal enterprise. As the fourth generation of a lobster fishing family, I am probably biased but I feel there is something unique and special about those rugged individualists who wrestle their living from an unforgiving ocean day after day. As I wrote in my book, lobstermen are not only the masters of their ship; they are the captains of their soul.
Though eating lobster will be good for my body, mind and soul, it doesn’t mean my New Year’s resolution will be one to which I can easy adhere. While I am part of a lobster fishing dynasty, I currently live in London and am on the opposite side of the Atlantic to the steady supply of fresh Maine lobster I grew up enjoying.   In the last 10 years I’ve lived here, most of my lobster consumption has occurred during my annual trips home to Maine or from frozen rations I bring to the UK when I return. There have also been a few blowout dining experiences, with highlights including an exquisite lobster thermidor at Scott’s in London and grilled Cornish lobster at Rick Stein’s Seafood restaurant in Padstow, but overall my lobster dinners have been few and far between.
In 2015 I plan to up my game. Thankfully, over the last few years a plethora of new lobster roll restaurants have opened in London. Several are within walking distance of my office, from the fabulous Fraqs to Smack Deli, and I intend to make lobster rolls a regular lunchtime treat. I also plan to begin buying lobster from my local supermarket and fishmongers and experimenting with some of the classic Julia Child lobster recipes.
My aim is to eat lobster at least several times a month. Will I succeed? I don’t know, but it sure will be fun trying.
« Perfect wine pairings for your lobster dinner
Julia Child’s Lobster Bisque Recipe »