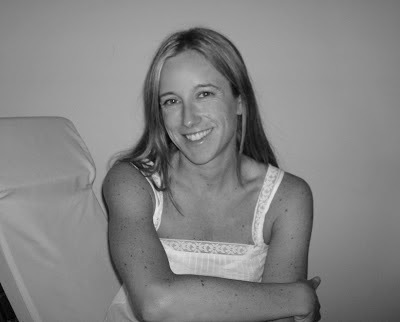 Christina Lemieux Oragano. Author of “How To Catch A Lobster In Down East Maine.”

was published early this summer in the Down East Coastal Press. I have just received a soft copy of the review and wanted to share it on this blog. This review is particularly special to me because it was written, as noted at the end of the article, by a close friend of my mother.

Christina Lemieux Oragano has published a book called “How to Catch a Lobster in Down East Maine” that should make waves both near and far because of its authenticity based on her growing-up years in Cutler.

It began in 2008, when Oragano, who lives in London with her husband, Anthony, and young daughter, Anya, started a blog about lobster fishing, in part to help her learn more about the digital world for her job as a digital strategy director for an advertising firm, and in part because she had always been passionate about the lobster industry.

“The advertising agency I work for is called TBWA,” said Oragano in a Facebook message. “As a digital strategy director I research how people are using various digital platforms—everything from websites and blogs to iPhones and Facebook. I then use those consumer insights to advise brands how best to connect with consumers in digital spaces. For example, I’ve worked with British Airways a lot on how to use social media channels like YouTube, Facebook and Twitter to communicate with consumers. Right now I am helping a big pharmaceutical company (GSK) deliver a social media strategy for the London Olympics.”

Several years later, her blog was discovered by The History Press, which contacted her, asking if she would be interested in writing a book.  The History Press of Charleston, South Carolina, began in 2004 with the mission of “preserving and enriching community by empowering history enthusiasts to write local stories for local audiences,” according to its website, and has ties to its United Kingdom branch that has been publishing history for more than three decades.

Originally, she was asked to write just about the history of lobster fishing, but she wasn’t convinced that a full book on this subject would be that interesting. She was more interested in writing about the present world of lobster fishing—the process of catching lobster, the seasons of fishing, the dangers involved in the job, the culture, the many unwritten rules, the conservation measures and the pastimes of these small town fishing communities. She was inspired by the many questions she had been asked by people “from away” who wanted to know more about the industry, compelling her to provide an authentic account of this unique way of life.

“The offer to write the book came to me just two months after I’d given birth to my daughter, Anya,” said Oragano. “It was a bit overwhelming but also a great challenge. I’d obviously never written anything of this length before and had no idea how long it would take for me to pull it together,” said the 34-year-old advertising professional.

“I started by deciding the key themes I wanted to cover, then turned those into my chapters. Then I started filling out the chapters. Chapters like “A Day Out On The Boat” were easy for me to write on my own, given the many years I fished with my father, Norbert “Norb” Lemieux of Cutler. For other chapters I had to do a lot of research—some online and some from reading other books about lobster fishing. I also interviewed my father quite a bit and sent surveys to around 200 fishermen from the DELA [DownEast Lobstermen’s Association], she said.

“Finding the time to do the research and writing was a challenge. I was working during the week and taking care of Anya and our house on the weekends. I did a lot of my writing in small bursts—usually during the short windows of time while Anya was taking her naps or from 8 to 10 p.m. at night after Anya had gone to bed. My husband, Anthony, also took care of Anya a few different weekends so I could make progress on the book.

“I knew the book had to be 40,000 words long so I drew a chart on a piece of paper with 40,000 at the top and each week I kept track of how many words I’d written. I started writing in July and by December I’d finally reached 40,000 words. Then I focused on revising the writing and turning it into a story. The book went to press in April so the whole process took about 9 months. I didn’t watch a lot of TV during that time!”

Lemieux’s mother, the late Celia Farris Lemieux, a native of Cutler, knew her daughter was writing the book and was excited about it. She helped Oragano as much as she could by watching Anya when she was visiting them in Britain or helping out around the house. She also helped print and mail all the surveys.

“When mom passed away in January 2012, I was about 90 percent finished with the book,” said Oragano. “At first I didn’t want to finish it. I didn’t think I could find it in me. But then, when the dust had settled, I realized that it would be a good, positive focus for me this year.”

Take a Look Inside the Book

Oragano, who graduated from Washington Academy in East Machias and was salutatorian of her class at Colby College in Waterville, offered these glimpses into her 160-page book with some of the following excerpts. [correction by Christina: I was 3rd vs 2nd in my graduating class at Colby]

Heading Out to Work—“Back when I was growing up and fishing with my father, more fishermen in my town used rowing skiffs to get out to their boats. There was something quite serene about rowing out to the boat in the early morning, hearing the oars dip in and out of the water. The harbor would be quiet, save for the cry of seagulls and the distant rumble of another boat engine firing up for a day of fishing. In summer, the sun would often be rising over the island, creating a postcard perfect scene. In the fall, cold air would create a layer of steamy mist hovering just above the water’s surface. Everything felt very peaceful and still in these moments, but I knew I had a long day of work ahead of me before I’d be sitting in that skiff again to head back home.”

Unwritten Rules of Lobster Fishing—“If an outsider encroaches on a community’s fishing grounds, the violator is first given a ‘friendly warning.’ While it may be a verbal threat, more often it is a cloak-and-dagger molestation of the fisherman’s gear. Common practices include hauling a bunch of the fisherman’s traps and cutting out the heads or leaving the trap doors open. Other times, a knife is stuck in the side of a Styrofoam buoy or two half hitches of rope are tied around the buoy’s spindle. When the wrongdoer next goes to haul and discovers the “signs,” he should know to remove his traps from that area immediately. If he doesn’t, the next time he goes to tend his gear it won’t be there.”

Lobster Boat Naming Conventions—“One of my favorite things to do when gazing at a harbor full of lobster boats is to study the names. The Vanessa Jane. Money Pit. Freedom. Each name tells a story. A wife or daughter. A financial commitment. Liberation from corporate America. Following a long maritime tradition, most lobster boats are named after women. In fact, roughly 60 percent of lobster boats in Down East Maine have a female name … Beyond female names, there are several other naming themes for Downeast Maine boats. Many names reference the significant financial undertaking of owning a lobster boat. Under Pressure, All In and Pretty Penny are reminders that today’s lobster boats cost more than the average house in Maine. Debt Ication, Second Mortgage and A Loan Again hearken to the important yet precarious relationship most fishermen have with the bank.”

Job Satisfaction—“Lobster fishing delivers tremendous levels of satisfaction for people who prize their independence. Long days of manual labor, uncertainty and risk are a small price to pay for those who take pleasure from self employment and fresh sea air. When asked to rate their level of job satisfaction, over half of the Downeast fishermen in my survey gave themselves the highest possible score. Even those who didn’t were still likely to rate their satisfaction as eight or nine out of a possible 10. These men aren’t just the masters of their ship, they are the captains of their soul.”

Roots are Strong
Oragano also summed up the small fishing village in which she grew up in and still calls home. “Cutler Village currently has no convenience store, restaurant, gas station or gift shop. In fact, people traveling to Cutler for the first time often miss the town. Only after passing through the village and coming upon the LEAVING CUTLER sign do they realize they’ve gone too far. As described in a Massachusetts Institute of Technology report, Cutler’s town center ‘exists as little more than a curve in the road linked to a small cove, with docks for local lobster crews and a small storage warehouse for their gear.’

“This is the town in which I was born and raised. To those passing through, Cutler can appear to be just a sleepy village, the kind that makes for great poetry and postcards. People who pause and spend some time, however, discover a bustling, working waterfront and community of individuals determined to wrestle a living from the beautiful, yet unforgiving, ocean. For the last century or so, that living has come primarily from lobster fishing,” said Oragano.

The book also includes classic and contemporary lobster recipes, from how to make a lobster roll, lobster stew, lobster newburg and instructions on a traditional clam bake, to recipes for lobster macaroni and cheese, lobster ravioli, lobster potpie and lobster grilled cheese.

Oragano’s dad, Norbert Lemieux, said, “Christina has always had goals. She’s driven. She always wanted to write a book.” Lemieux has copies of the book for sale at his house if anyone would like to buy a copy. Oragano will gladly sign the copies when she’s home visiting this August.

Those interested may may find out more at www.howtocatchalobster.tumblr.com or check bookstores in Machias for copies of the book. It is also available from bookstores along the Maine coast and online.

—Deborah Cates, who was born in Cutler and is a life-long friend of the family, grew up with Celia Farris Lemieux and remembers when Christina was born.