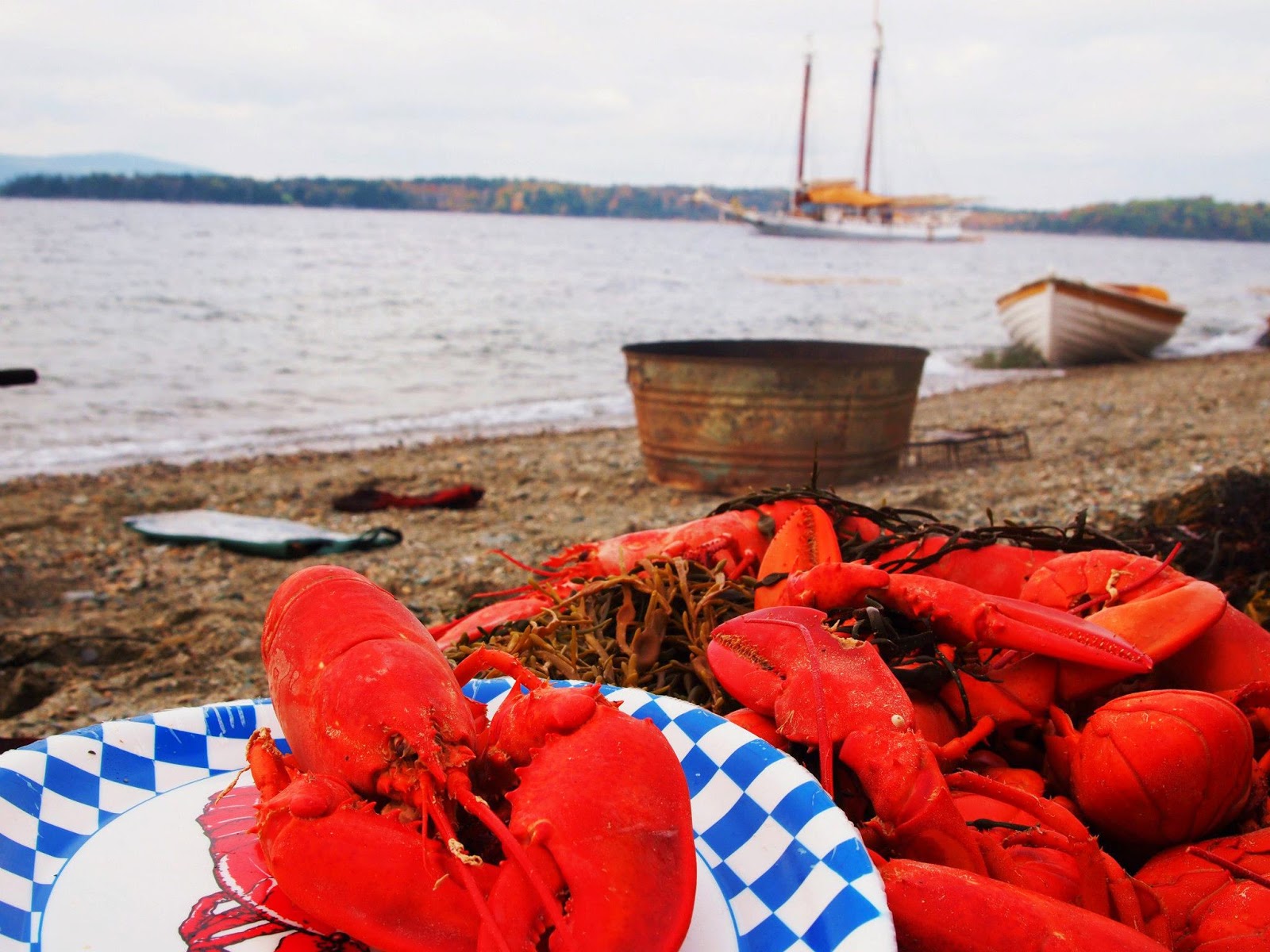 A New England clambake (known inside Maine as a lobster bake, shore dinner or  lobster boil) is perhaps the most historic and dramatic way to enjoy fresh lobster. The clambake tradition is actually older than America itself, learned by the Pilgrims from Native Americans. According to historical lore, the Pilgrims watched Native Americans gather lobster, clams, fish, corn and potatoes and prepare them on the beach. The Native Americans dug a sand pit and lined it with hot rocks and coals. They added the lobsters, clams, fish, corn and potatoes to the pit and covered them in fresh, wet seaweed and more hot rocks, steaming the lobster and shellfish in seawater.

The menu and cooking method for a New England clambake varies a bit, depending on which recipe you consult. Some clambake recipes call for clams while others use mussels. Some recipes include sausage, others do not.  The below clambake recipe, from Derrick Riches, is simple, clear and classic.

3 to 4 pounds round clams

Start by digging a hole in the ground, covering the bottom with large stones and building a big fire on top of the stones. The fire should burn for at least two hours to get the stones good and hot. In the meantime, you can prepare the food. Wrap individual servings of the above ingredients in cheesecloth, tying the corners together. Once the rocks are hot enough to spit a drop of water back at you, rake off the coals from the fire and cover the rocks with seaweed. Place the food packets on the seaweed and cover with more seaweed. Cover the entire hole of food with a wet tarp, sealing the steam created by the hot stone and seaweed (allowing a very small amount of steam to escape to relieve the pressure). After about 2 hours or once the potatoes are soft, everything should them!

To turn the above into a lobster boil, simply pop the above ingredients in a steamer basket over boiling water in a Dutch oven, cover and steam for about 20 minutes.
To read more about the history of the clambake, click here.

« How To Catch A Lobster In Down East Maine: Review in the Maine Lobstermen’s Association Newsletter
Can You Get A Good Lobster Roll In London? »