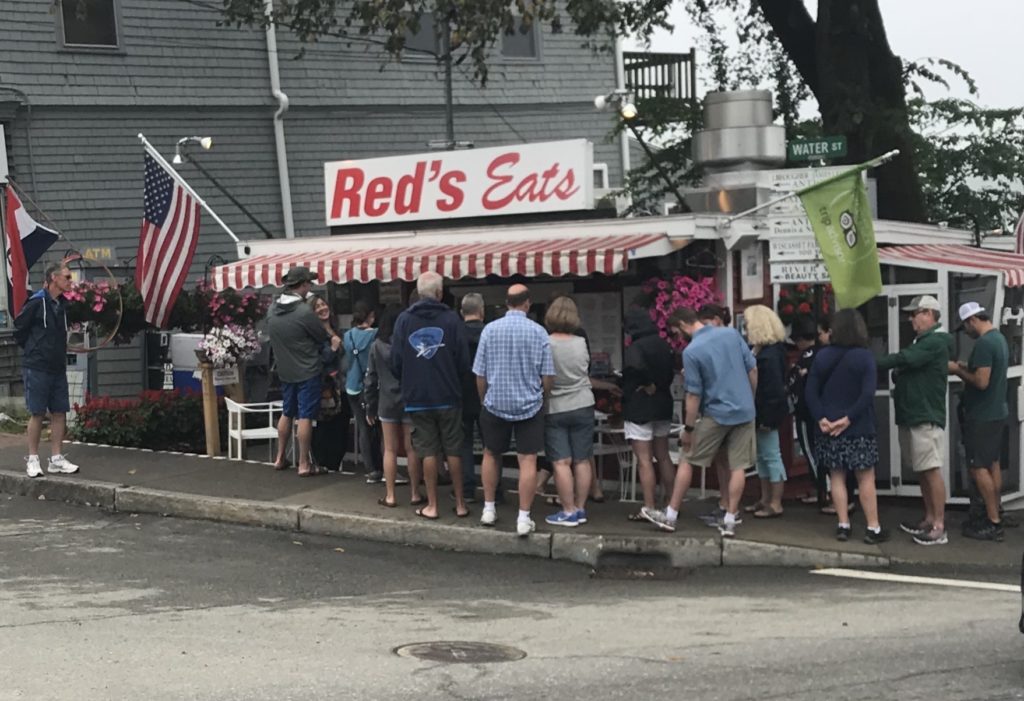 Lining up for one of Maine’s best lobster rolls at Reds Eats.

Reds Eats in Wiscasset, Maine is an unassuming roadside hut perched on the side of Route 1.  If it weren’t for the line, most passers-by would be surprised to know this casual takeout is one of the most well-known and most written about restaurants in Maine. Red’s Eats is almost always included in top 10 lists about lobster shacks and lobster rolls in Maine and foodies are happy to wait over an hour in line in the summer months to experience Red’s lobster roll nirvana.

Why is Red’s roll so good?  As with The Clam Shack, they deliver a generous portion of unadulterated Maine lobster meat. Their roll comes with an entire one-pound lobster’s worth of nearly intact meat.  This meat is served up in a grilled, split-top bun, with mayo or butter on the side. As with The Clam Shack, the lobster meat is hand torn. Beyond lobster rolls, Red’s offer a modest menu of hamburgers, French fries, onion rings and soft drinks.

Again, it’s a takeaway so there is only modest outside seating and no alcohol is served.  Several years ago a book was written about the humble but famous eatery.

Click here to return to my list of the best lobster shacks and lobster rolls in Maine.