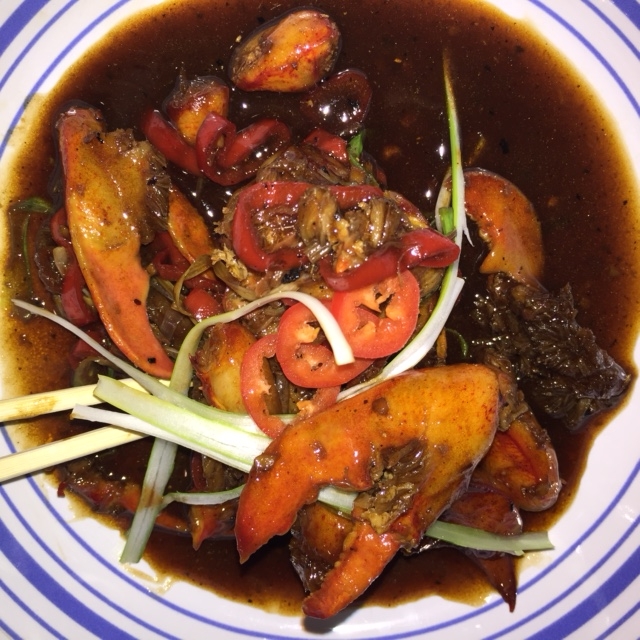 Stir-fried lobster with black bean sauce – not the most visually appealing lobster dish!

Lobster is often served as a symbol of prosperity during Chinese New Year or Spring Festival.  Not only do lobsters resemble the majestic dragon, a powerful and legendary figure in Chinese culture, the shell of a lobster when cooked turns bright red which is a sign of good luck to many Chinese.  Stir-fried lobster with black bean sauce (豆豉大龙虾), or lobster Cantonese-style, is a traditional lobster dish served during Spring Festival. While I generally prefer recipes which pair more subtle flavors with lobster, this recipe is nice for Westerners who want to experience how lobster is served in other cultures.

Stir-fried lobster with black bean sauce is relatively easy to make.  I was working from previously cooked and frozen lobster meat which made the cooking even quicker. From start to finish, this Cantonese style lobster recipe took me about 30 minutes.

While not as visually appealing as other lobster dishes I’ve cooked, it was nice to try a new, Cantonese-style lobster recipe. I served this stir-fried lobster with black bean sauce with a lovely Viognier and think champagne would also go perfectly with this dish.