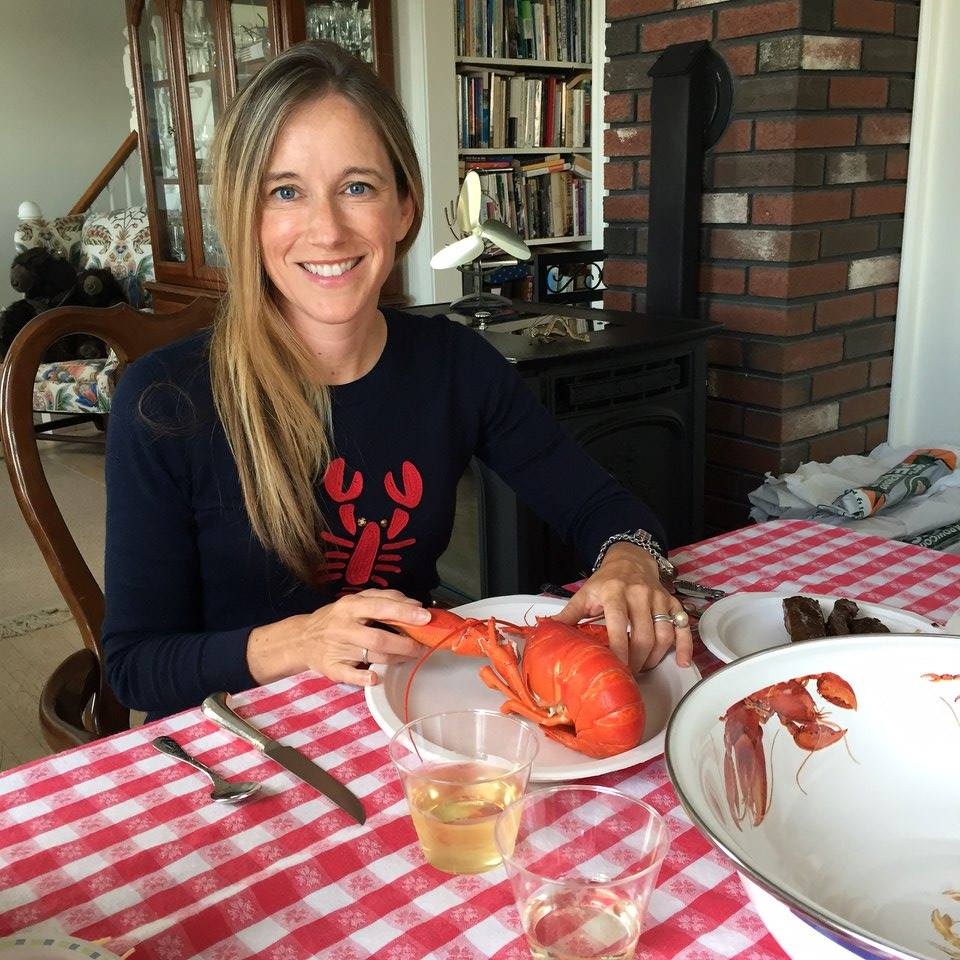 I grew up in the tiny lobster fishing village of Cutler, described as “little more than a curve in the road linked to a small cove” in a Massachusetts Institute of Technology (MIT) report.

Cutler harbors many lobster fishing families who can trace back their ancestry four or more generations. This is the case with my family. My great grandfather Gene Farris captained a lobster smack in the early 1900s and later bought and sold lobster from a wharf in Cutler. My grandfather took over Farris’ wharf, dealing lobster and also fishing for lobster along the Cutler coast. My father and brother are currently full-time Cutler lobster fishermen, operating their business off the same weathered wharf as my Great Grampy Gene. 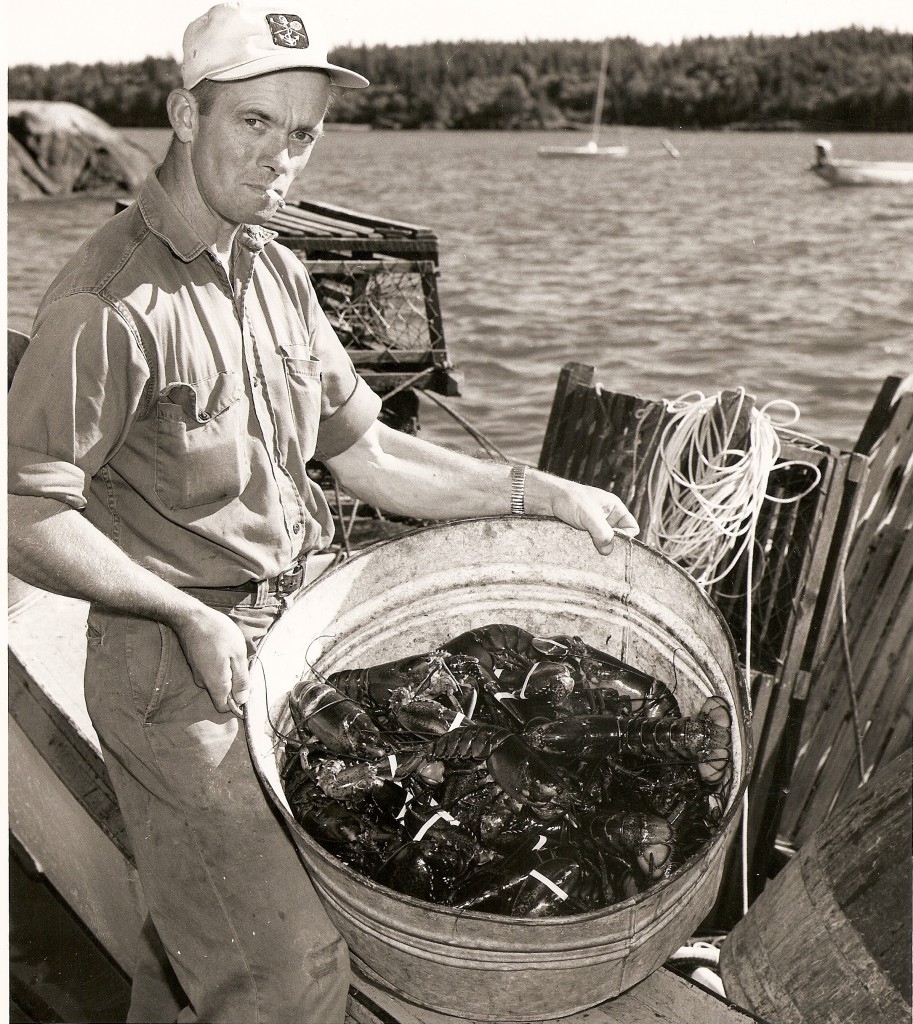 My grandfather, with a tub full of lobsters and a pocket full of cash. Photo courtesy of Delia Farris.

Like many of the girls in my town, I grew up with my name on the side of my father’s lobster boat. Unlike most girls at the time, I worked as a sternman on that boat. I stuffed bait bags and banded lobsters every summer and school break from the age of 10 until I graduated from college. I also painted lobster buoys, repaired traps and, in the process, developed an intimate knowledge of one of America’s most iconic industries.

I currently live in London and work in advertising.  It is a long way – physically and culturally – from the shores of Cutler and the stern of a lobster boat.  But the lobster industry will always be in my blood and part of my life story.  My first ad job in San Francisco was secured not by acing an interview in The City by the Bay but after a chance meeting between my father and an advertising CEO in Cutler Harbor.

Through the years, I have entertained city friends and co-workers with freshly Fed Exed Maine lobster and stories of the unique culture and conservation practices behind America’s favorite crustacean. I have been blogging about lobster fishing since 2008, first at Notes From A Lobster Fishing Village and now here.  I published my first book about Maine lobster fishing in 2012, How To Catch A Lobster In Down East Maine.

I have also blogged for the Bangor Daily News and contributed numerous thought leadership articles and points of view to some of Maine’s leading publications, including the Portland Herald Press ,  Bangor Daily News, and Landings, covering everything from the role of lobster in modern culture, marketing Maine lobster, lobster as a modern luxury and female representation in the Maine lobster industry. 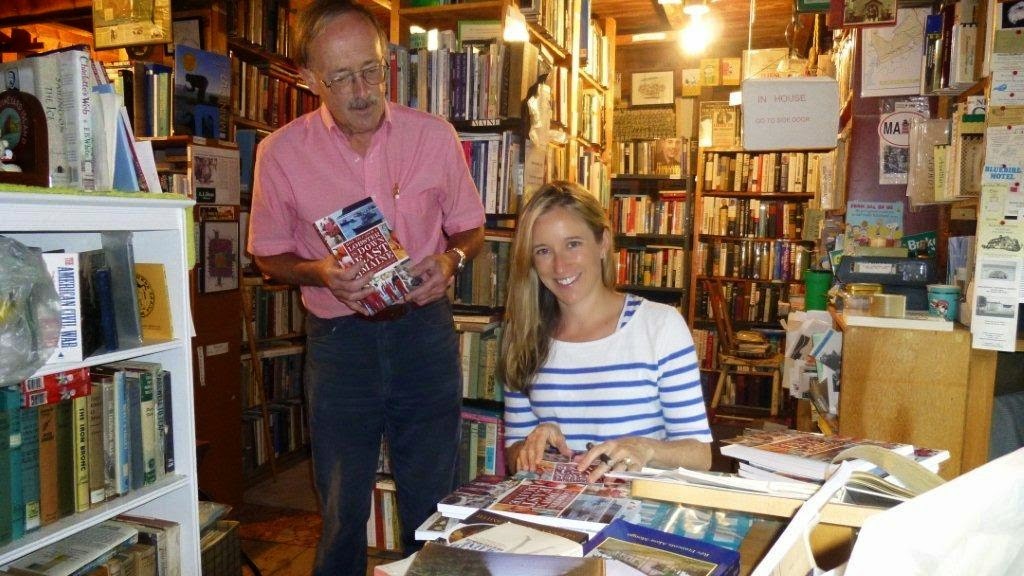 The proud author – signing copies of my book on Maine lobster fishing.

« Stir-fried lobster with black bean sauce 豆豉大龙虾
My Book: How To Catch A Lobster In Down East Maine. »