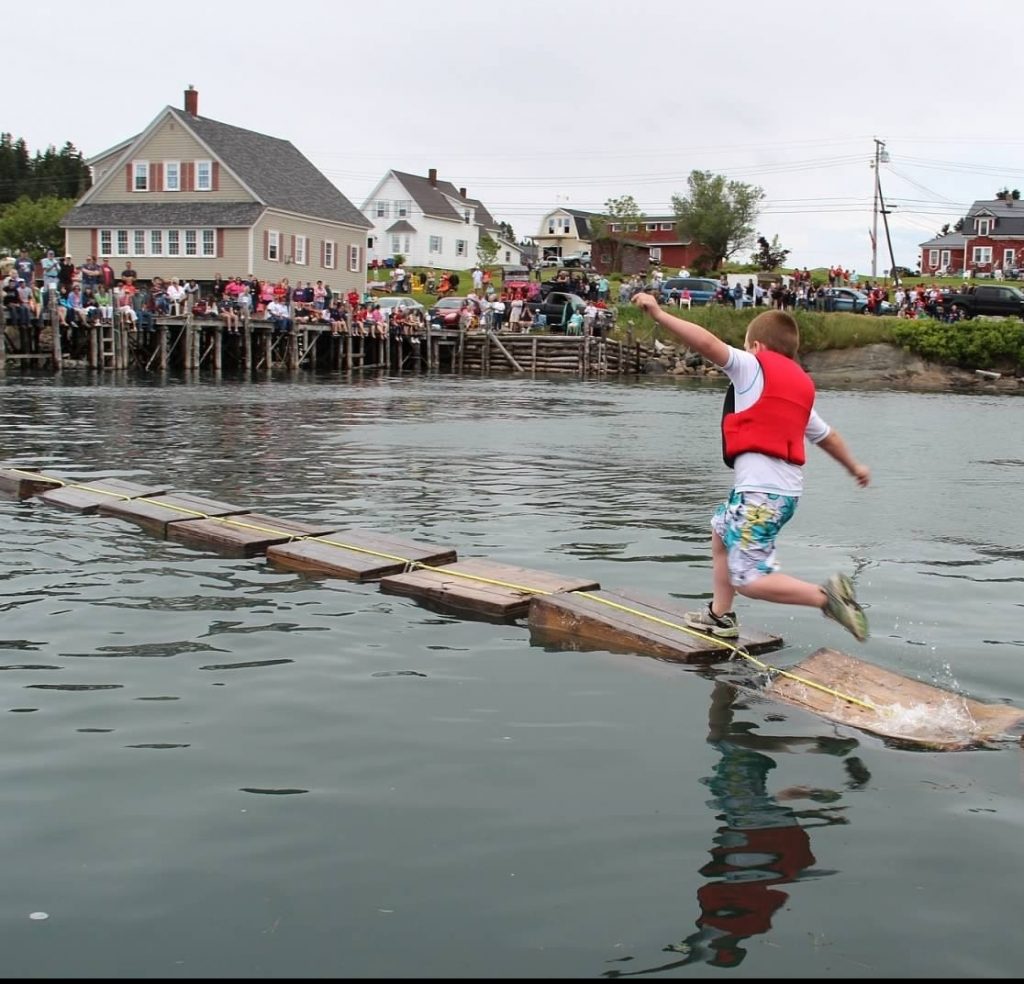 The Cutler 4th of July schedule for 2016 has been published. Another year of fantastic Downeast Maine celebrations await. Here are details of the 2016 Cutler 4th schedule.

5:00pm – Town baseball game. This annual baseball game takes place at the Willie Corbett Ball Field on the Cove Road (note: the game was originally scheduled for 1pm but has since been changed).

8:00 a.m. – The Cutler Harbor 5K Road Race. While only 5K, this running race will get your heart racing and your thighs burning as it includes three formidable hills, including a hill in the last mile called ‘the mountain.’ Once cresting this final hill however you are rewarded with a view of Cutler Harbor, cool ocean breezes and cheering bystanders as you make your way towards the finish line.  Registration is at the Bay Ridge Elementary School from 7am onward. You can also pre-register by calling Andy Patterson at 259-4484. It’s worth pre-registering or getting to the Bay Ridge registration early on the 4th as free t-shirts are given to race registrants on a first come, first served basis. The earlier you register, the more likely you’ll receive a t-shirt in your preferred size.

10:00 a.m. – The Grand Parade, Downtown Cutler. This is a small parade with several firetrucks, some cute floats and lots of children riding festively-decorated bikes and ATVs. All are welcome to join. The line up for the parade is between the Town Office and the Wharf Road and starts at 9:45am.

10:15 a.m. – Flag Raising Ceremony, Cutler Town Circle. The town circle is the real ‘center’ of the town and on the Forth of July there is usually a band perched on the town circle and some patriotic music to accompany the raising of the flag.

10:30am – 12:00 p.m. – The Cutler Lobster Crate Races, The Wharves Downtown. Perhaps the most unique event of the Cutler Fourth of July schedule of celebrations is the lobster crate race, where a bunch of barely buoyant, wooden lobster crates are precariously strung together and tethered between two wharves. Spectators are then challenged to run across the crates without falling into the icy water. Sign up for the crate races is from 9am – 10:15am at Charlene and Jeremy Cates’ porch.

1:00 p.m. – The Cutler Lobster Boat Races, Cutler Harbor. These races are not part of the wider Maine lobster boat racing circuit. Rather they are a chance for local fishermen to engage in some friendly competition. Town folk and visitors view the action from the wharves and shoreline downtown. Fishermen often decorate their boats in festive flags and buntings for the races.

1:30 p.m. – 4:00 p.m. – Traditional Children’s Games, Cates’ Lawn, Downtown Cutler. These games include running races, three-legged races, sack races, wheel-barrow races and, my personal favorite, the ‘children-carry race’ where Dad’s compete in a running race, carrying their children. The first two races, for father’s with one or two children, are pretty straight forward. Then you get to the three-plus category, and that’s when things get interesting. Different Dads have different approaches to carrying their kids and it’s always fun to see them barreling down the racecourse with their children hanging off all sides.