Maine-ly Lobster > Branding and Marketing Maine Lobster > Is Lobster Still a Luxury? Insights on the Future of Lobster. 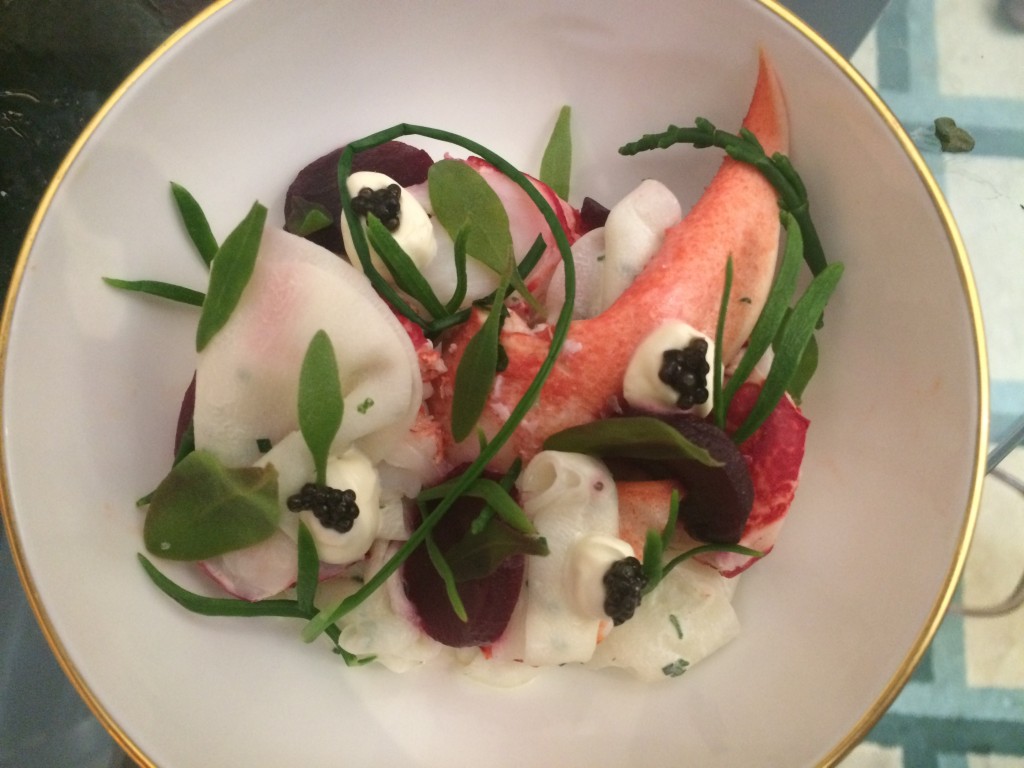 Is lobster still a luxury? Yes according to Claridges chef Martyn Nail.

If you know a bit about the history of lobster, you likely know that lobster has not always been considered a luxury item. Back in the 1600s, lobsters were so abundant they would wash up on beaches. Considered to be ‘poor man’s food,’ lobster was often fed to prisoners and indentured servants by European colonists. As summed up in by visiting historian William Wood in 1654, ‘their plenty [made] them little esteemed…’ It was not until the late 1800s, when Maine became linked to the rest of America by railroad tracks that well-heeled urbanites developed a true taste for lobster and elevated its status to a luxury item. But is lobster still a luxury in today’s world?

Though lobster has done well to hold its position as a coveted cuisine over the last two centuries, the recent boom in the Northern Atlantic lobster supply coupled with economic instability has caused some to question lobster’s luxury status. When lobster is removed from a white-tablecloth environment, is it still a status symbol? Did the eight dollar McLobster roll signal the end of lobster as a coveted cuisine? If the laws of scarcity and affordability no longer apply, can lobster still be considered a luxury item?

I currently work as a strategist at the Luxury and Lifestyle division of a global advertising agency, Leo Burnett. Part of my job is to understand consumers’ attitudes towards luxury items and how cultural shifts and perceptions of value are continually changing the definition of luxury. As we ready ourselves to step into the second half of this decade, I wanted to share three insights from a ‘ Future of Luxury’ seminar I attended which have left me feeling confident that Maine lobster is well positioned to remain a valuable luxury item for the foreseeable future.

Is Lobster Still A Luxury: Insights into the Future of Lobster as a Symbol of Luxury

1. As the average age of luxury shoppers decreases, the desire for ‘accessible luxury’ increases.

The Millennial generation – a segment of the population born roughly between the years 1980 and 2000 – now makes up 45% of luxury shoppers, according to Shullman Research Center. They have come of age in a challenging economic environment and this is shaping how they experience luxury. Many Millennials enjoy accessing luxury products without owning them (such as sharing the costs and care of a luxury car through Audi Unite’s car share scheme) and when they do buy vs. rent luxury products, those products are more likely to be ‘accessible’ or entry-level luxury products. Overall, Millennials are less obsessed with exclusive status symbols than previous generations.

Implications: The recent upsurge in stocks means Maine lobster is perfectly positioned to be a go-to food for Millennials in search of ‘accessible luxury.’ Serving lobster in accessible formats, from lobster rolls to innovative appetizers, is an excellent way to reinforce lobster’s accessible luxury status.

2. To resonate with tomorrow’s luxury consumers, luxury brands should show ‘cathedral thinking.’ Not only are Millennials changing the luxury value equation around price and exclusivity, they also are seeking luxury brands with clear values. Luxury consumers are increasingly interested in brands that look beyond short-term profits and have a long-term vision for leaving the world a better place. This approach is sometimes called ‘cathedral thinking’ as it requires the type of planning commonplace in previous centuries when the construction of iconic buildings, such as cathedrals, took centuries. The architects and artisans of these buildings had a far-reaching vision and the project was handed down from father to son, with each generation leaving a legacy for the next.

Implications. The Maine lobster industry is a wonderful example of cathedral thinking. Because many fishermen pass on their livelihood to their children and grandchildren, they have a vision for the lobster industry that extends beyond their own career and a vested interest in managing the resource so it will reap rewards for future generations. As we continue to share the story of Maine lobster with the world, it’s important we not only promote our product’s sustainability but to also explain why, highlighting the legacy today’s fishermen are determined to create for their descendants.

3. As luxurians focus on their wellbeing, chefs will present luxury foods in fresher, healthier ways. The desire to feel healthier and good about oneself is a growing trend amongst luxury consumers, especially Baby Boomer luxurians, and it is driving some of the latest developments in the food industry. Restaurants and eateries are focusing on sourcing cleaner, healthier foods and serving foods in purer forms – e.g., cold-pressed vegetable juices. As part of the “Future of Luxury” seminar, I had the privilege of being served a premier London chef’s interpretation of “the future of lobster” as a luxury food. The lobster dish chef Martyn Nail presented me was freshly steamed lobster served in a salad of raw vegetables including turnips, beetroot and samphire (see above image). Martyn Nail explained to me in a follow up email, “My future vision for the [lobster]…dish has to be healthy, fresh, honest, delicate [and] easy to eat.” The dish was all of those things plus delicious and reinforced the healthy living trend covered in that afternoon’s luxury seminar.

Implications: Not only should lobster’s fantastic health credentials be part of the Maine lobster story, the chefs and entrepreneurs we partner with should be encouraged to explore healthy formats for serving this super food.

As culture evolves and new trends emerge, how consumers perceive and consume lobster will continue to change. But as summed up by chef Martyn Nail, “…lobster will always be a luxury ingredient.” Be it lobster thermidor at a Michelin Star restaurant or lobster rolls at a roadside shack, “It reins decadence in any form.”

This article was first published in Landings.