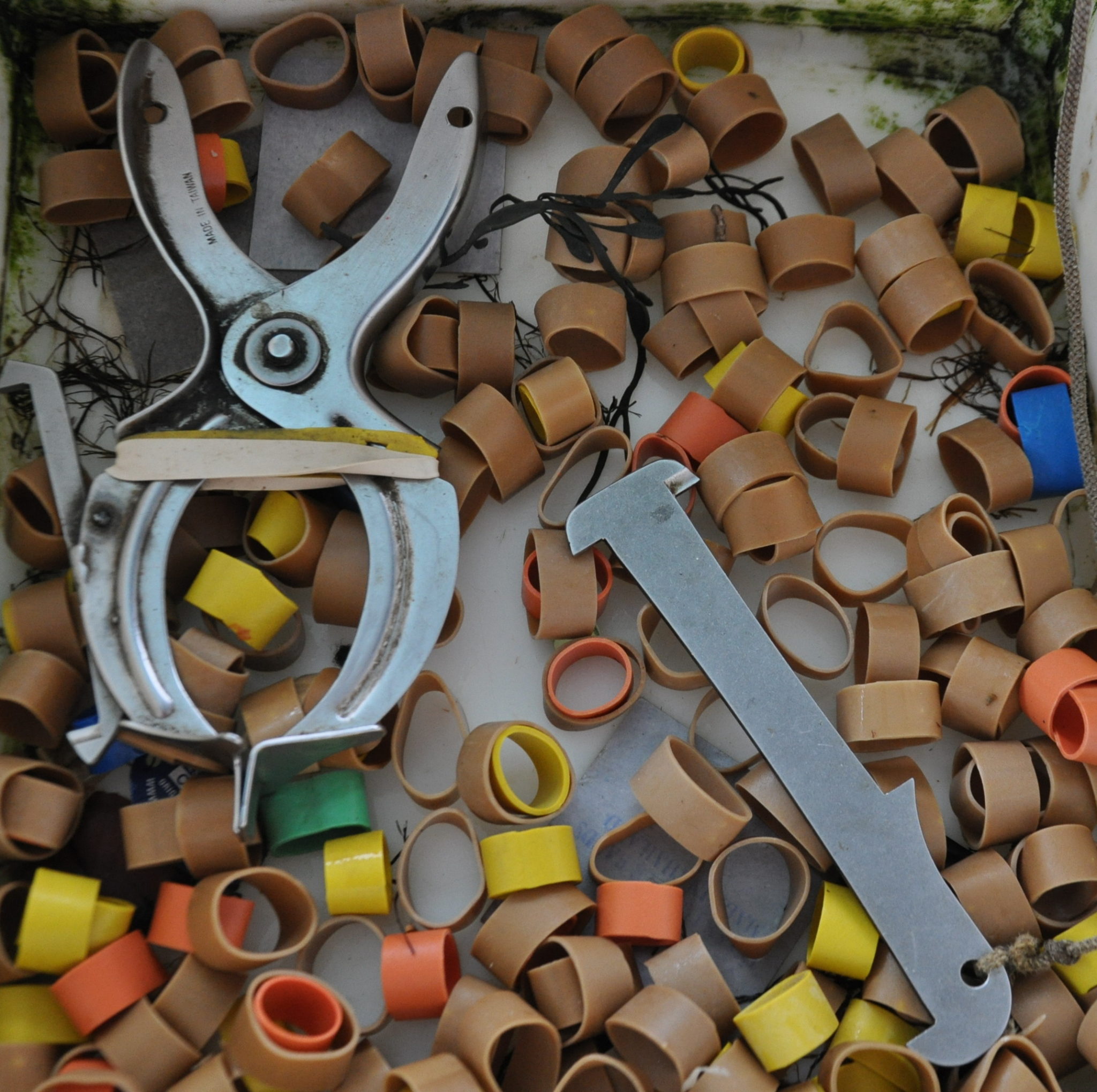 A Maine lobster measure and bander.

Lobster is delicious.  Lobster is a luxury.  But is lobster sustainable? The answer in many cases is yes. In order to understand what makes lobster sustainable and to tell if the lobster you’re buying is sustainably-sourced you must know the origins of that lobster.  Most lobster from along the Atlantic coast of America is ethically sourced and certified sustainable.

Along the New England coast and the Atlantic coast of Canada, lobster is caught by individual fishermen who fish from small boats using baited traps.  These traps are equipped to feed any hungry lobster passing by but the traps are also geared to allow smaller lobsters to ‘escape’ through special events.  These escape vents help ensure only older lobsters are trapped and sold.  Younger lobsters (often called juvenile lobsters) remain free to grow and reproduce in the wild for several years.

Not only are younger lobsters allowed to escape from fishermen’s traps, small lobsters are also illegal to sell along the North Atlantic coast.  In New England and along the Northern coast of Canada, fishermen use a special measure, called a gauge, to assess the size of all lobsters they catch in their traps.  If a lobster measures below a certain size, it must be released back into the wild. An average lobster in the state of Maine will live and grow for about seven years before it is of a legal size to harvest. In these seven years, the lobster has reached sexual maturity and has reproduced several times, contributing to the overall sustainability of the lobster industry.

The State of Maine also has a special law which ensures extremely large lobsters remain forever wild. Any lobster caught in Maine with a carapace more than five inches in length can not be sold.  These lobsters are returned to the ocean by lobster fishermen to continue mating and producing the offspring which helps ensure Maine lobster is MSC-certified. Because lobsters are dynamic beings who become more fertile with age and size, having older, larger lobsters roaming the ocean is one of the best ways to make sure the lobster you eat is sustainable.

Finally, female lobsters that are pregnant (visibly carrying eggs) or marked with a special, man-made notch on their inner right flipper cannot be sold by fishermen.  They also must be returned to the wild to continue to contribute to the lobster stock.

Beyond these core conservation measures, there are many other elements of the lobster industry which help ensure lobster is sustainable and ethically-sourced. Lobster fishing is largely a family industry, handed down from one generation to the next.  Because many fishermen are passing on their craft and livelihood to their children and grandchildren, they employ ‘cathedral thinking‘ – they have a vision for the lobster industry which extends beyond their own career and a strategy for managing the resource which will reap rewards for future generations of lobstermen.

Lobstermen also go beyond the law and the written rules to protect and defend the resources on which they rely. In addition to the many conservation laws fishermen follow, lobstermen also adhere to a number of unwritten rules sometimes described as the lobster fishing ‘territorial system.‘ If these unofficial rules are broken, it can lead to lobster trap wars (sometimes called lobster wars).  Again, the goal of these unwritten rules is to ensure that a specific lobster territory is not exploited by an outsider who does not have the same vision and commitment to the long-term sustainability of the lobster stock.

The lobster industry is incredibly dynamic and in a constant state of change. While there are many factors impacting the abundance of lobster along the ocean floor – from climate change to a lack of viable predators for lobster –  the efforts made by fishermen throughout Maine and along the North Atlantic coast are playing a big role in making the lobster we eat today sustainably sourced as well as delicious.