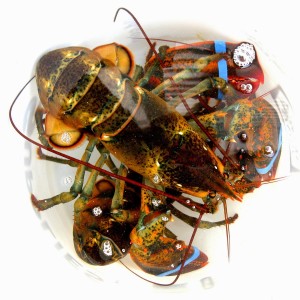 How long can lobsters live? Can they live for over 100 years?  Are they actually immortal?Moviegoers may be asking these questions after watching Yorgos Lanthimos ‘The Lobster’ staring Colin Farrell and Rachel Weiz.  In the unconventional love story, where single people who fail to find a love mate are transformed into animals, lobster is the animal of choice for the lead character, David.  Why does David find lobsters appealing?  As he says in the movie, “They live for over 100 years, they are blue-blooded like aristocrats, they are fertile all their lives and I like the sea.”  But can lobsters really live that long and do they remain fertile their whole lives?  Do lobsters live forever?

While lobsters don’t live forever, they do age in a unique way that makes them almost seem immortal.  As they age, lobsters continue to grow, become increasingly fertile, and retain their strength and metabolism.

Researchers have also discovered that, unlike the cells of most species, including humans, the cells of lobsters apparently don’t have a fixed lifespan. And scientists are already experimenting with how lobster shells can be used to help humans live longer, healthier lives.

Because lobsters continue to grow their whole lives, which happens through the process of molting, it makes it difficult for researchers to determine the actual age of a lobster though it is estimated that lobsters can live to well over 100 years old

So while lobsters can’t live forever they can live longer than most humans and may one day help humans live longer too.