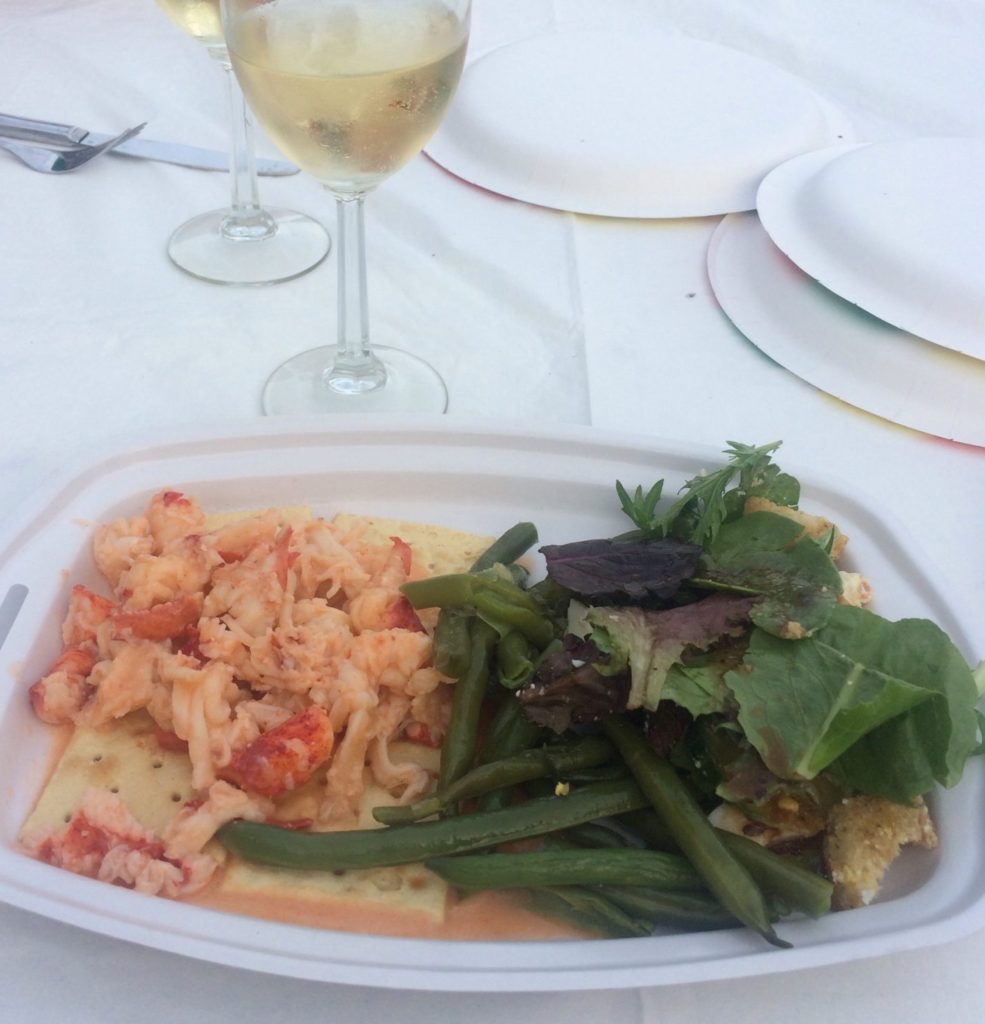 While it’s hard to beat steamed lobster, my hands down favorite way of serving lobster is à la Newburg. My family’s Lobster Newburg recipe, which has been handed down from my grandmother to my mother and then to me, is as simple as it is delicious.  This Newburg recipe has been put to the test at many family gatherings, birthday celebrations and at dinners I’ve hosted in San Francisco, New York and London.  My husband and I got married in Maine and there was no debate about what we would serve at the wedding reception. I had the caterers follow my family’s Lobster Newburg recipe to the letter and it came out beautifully.

Lobster Newburg originated at Delmonico’s in New York during the Gilded Age and a traditional Lobster Newburg recipe will include lobster, butter, cream, cognac, sherry, eggs and Cayenne pepper. My family’s Newburg recipe is much simpler, with just sautéed lobster, simmered in a basic white sauce, enhanced with some nutmeg and Cayenne pepper then ladled over toasted saltine crackers.  Enjoy!

If you are looking for a wine pairing suggestion, I would serve this Lobster Newburg recipe with a Viognier or a White Burgundy, such as a Meurault, Montrachet or Pouilly-Fuisse. Christophe Cordier’s Bourgogne Blanc or Pine Ridge Chenin Blanc-Viognier are good options.  For more wine pairing recommendations, click here.