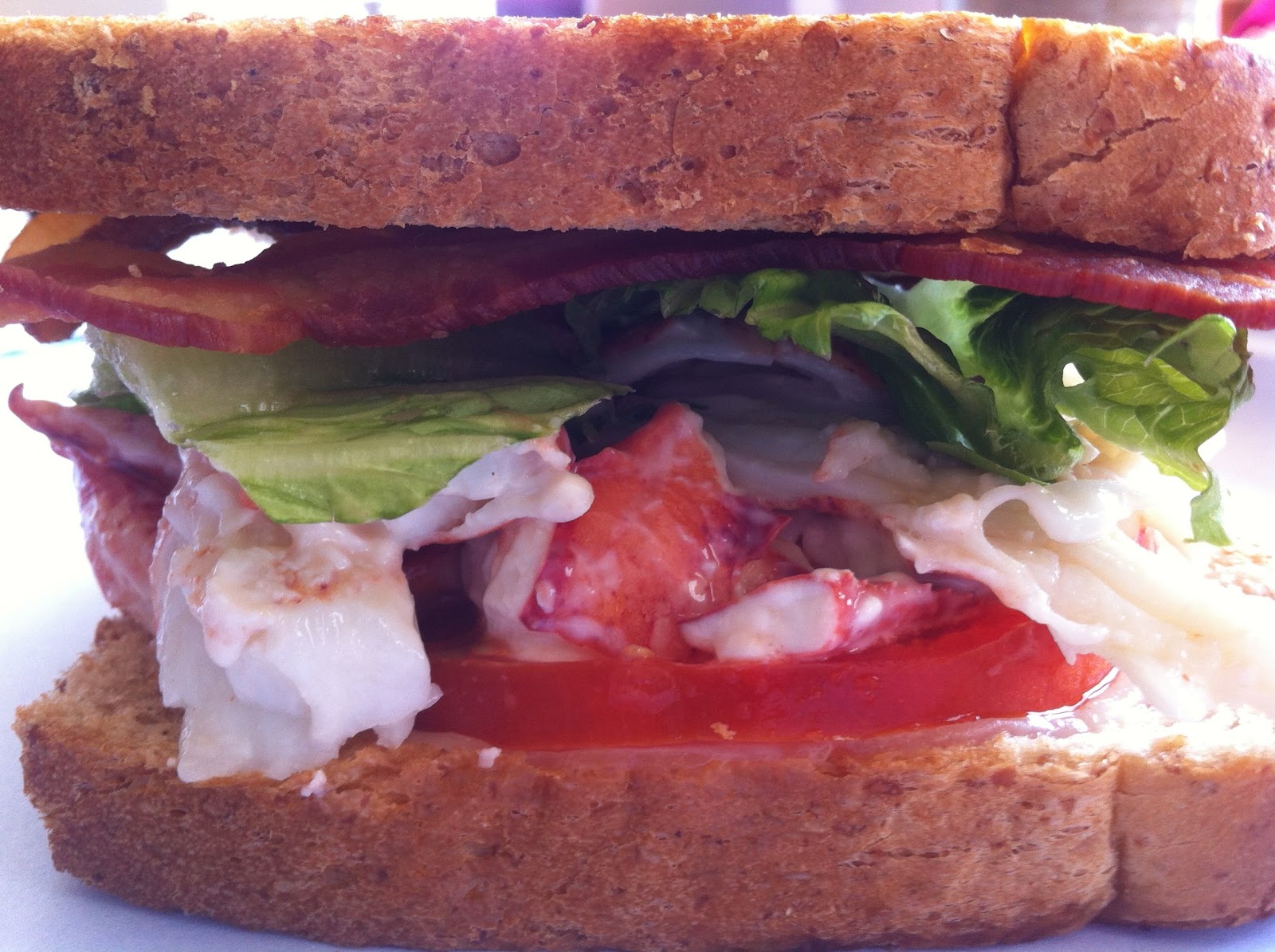 A Lobster Club Close Up

I can be quite a purist when it comes to cooking and serving lobster. My motto is, the simpler, the better. Steamed lobster, lobster rolls and lobster Newberg are some of my favorite lobster recipes. My rule of thumb is usually no more than four to five ingredients. Yet several summers ago, on a trip back to Cutler, with a lot of lobster and a little time on my hands, I decided to make a lobster club sandwich. It was AMAZING. The eight flavors I used in the club were a killer combo.

These days, lobster club sandwiches are pretty common on restaurant menus. If you have some left over lobster meat however, I highly recommend making your own club at home. You likely have most of the other ingredients already at hand. And once you’ve made one lobster club, you’ll have an easy, go-to recipe the next time you find yourself with lobster leftovers. 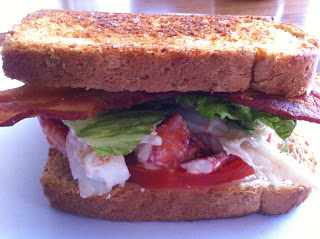 For the sandwich, I griddled two slices of buttered bread, melting a provolone cheese slice on one of the sides of bread (I knew there would be enough elements sliding around in the sandwich without a loose piece of provolone). Meanwhile, I microwaved three strips of bacon until they were extra crispy and tossed a fist-full of lobster meat (medium-sized chunks) in mayo. I added the bacon and dressed lobster to the sandwich along with a slice of tomato and a few pieces of lettuce.

In an ideal world, I would have used bibb lettuce and an heirloom tomato but the closest grocery store to Cutler is a 30 minute drive, so I worked with what I had at hand! I decided not to add a 3rd slice of bread to the mix as the sandwich was already quite a hand full.

Again, this lobster club sandwich blew my mind. The juxtaposition of the salty, crispy bacon against the sweet lobster meat and tomato and the savory cheese was heavenly. And as an added bonus, lobster meat is leaner than the traditional turkey or chicken club sandwich fillings.