Maine-ly Lobster > Culture > What’s in a Maine lobster boat’s name? Every one tells a story. 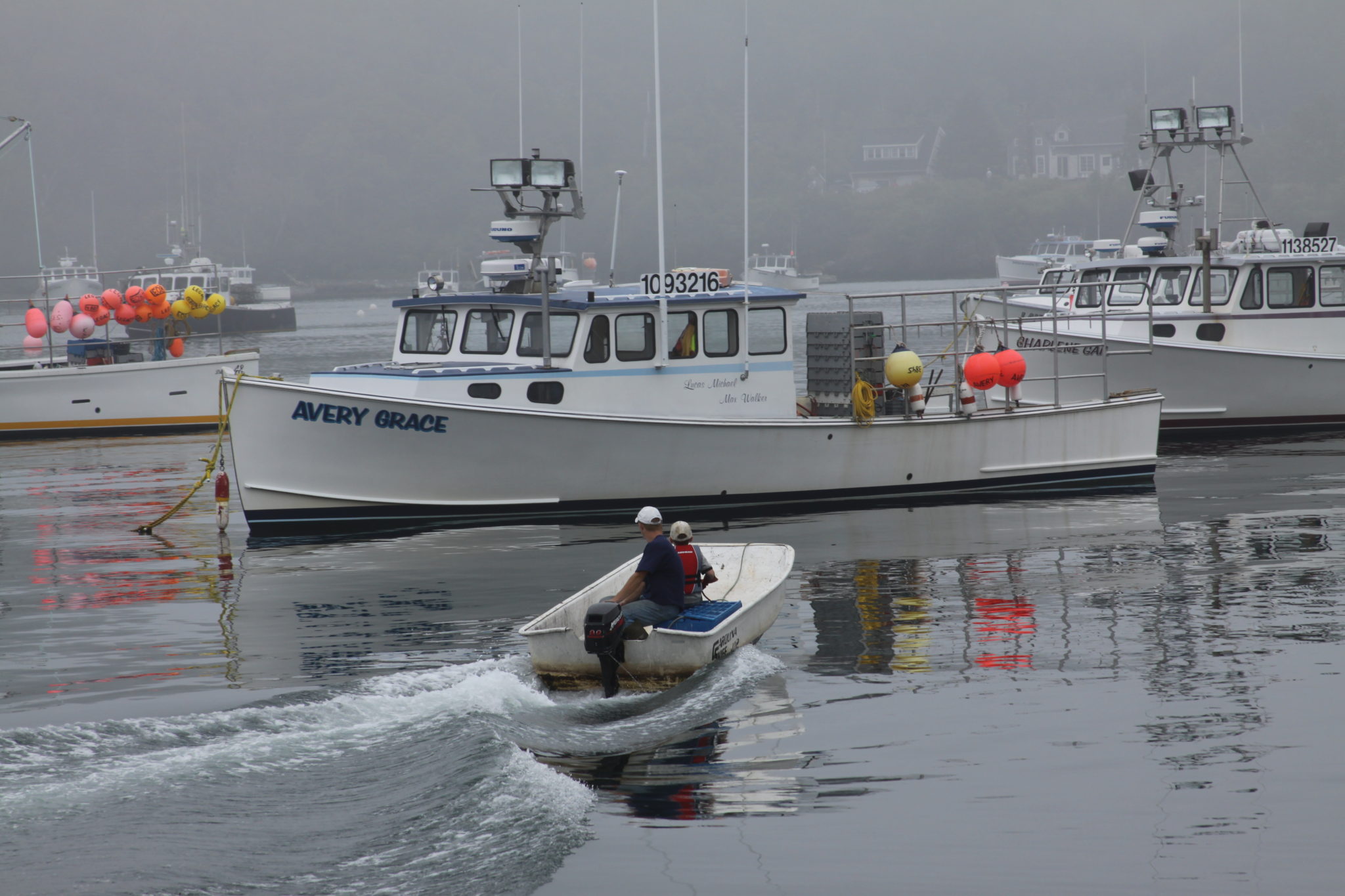 Father and son heading out to the boat. Photo Courtesy of Laurie Cates.

Down East Magazine has published a wonderful photo feature on Maine lobstermen and the names of their boats.  The photos of the fishermen – some hail from my home town of Cutler – are evocative and the text speaks to the stories behind the names on their fishing vessels.

The piece reminded me of one of the sections in my book which covered the  traditions and trends around lobster boat naming in Downeast Maine.  I have always loved gazing at a harbor full of fishing vessels and studying the names.  The Vanessa Jane. Money Pit. Freedom. Each name tells a story.  A wife or daughter.  A financial commitment.  Liberation from corporate America.

When I was in the research phase of writing my book, I was able to obtain some wonderful data* from the Department of Marine Resources, including the names of all licensed lobster fishing boats in Maine.  I learned that roughly 60 percent of Downeast lobster boats have a female name.  Further research, via surveys, showed that most often a lobsterman names his boat after his wife.

Beyond female names, I noticed several other interesting lobster boat naming themes. Many names reference the significant financial undertaking of owning a fishing vessel.  Under Pressure, All In and In the Red are reminders that today’s lobster boats cost more than the average home in Maine.  Debt-Ication, Second Mortgage and A Loan Again hearken to the important yet precarious relationship most fishermen have with the bank.

Other names touch on the self-reliant spirit of Downeasters. Born Free, Independence and Who’s the Boss are nods to the rugged individualists who inhabit the easternmost point of America. And then there are the nautical puns – from the Nauti Gal to Chasin’ Tail.

Predictable pun or no, every lobster boat name tells a story about its owner.  And even though the majority of Maine fishing vessels have female names, I still feel incredibly special to have a lobster boat named after me.  It has been about 30 years now that Christina Marie has been painted across the bow and stern of my father’s boat and it never gets old – to me at least.  As Down East digital editor Laura Serino touched on in her video, it makes you feel lucky to know that you hold such a special place in a fisherman’s heart.

Please share with me any fun or funny lobster boat names of which you know.  I would love to hear them and see pictures of them.  It might even inspire me to write another post on the subject.