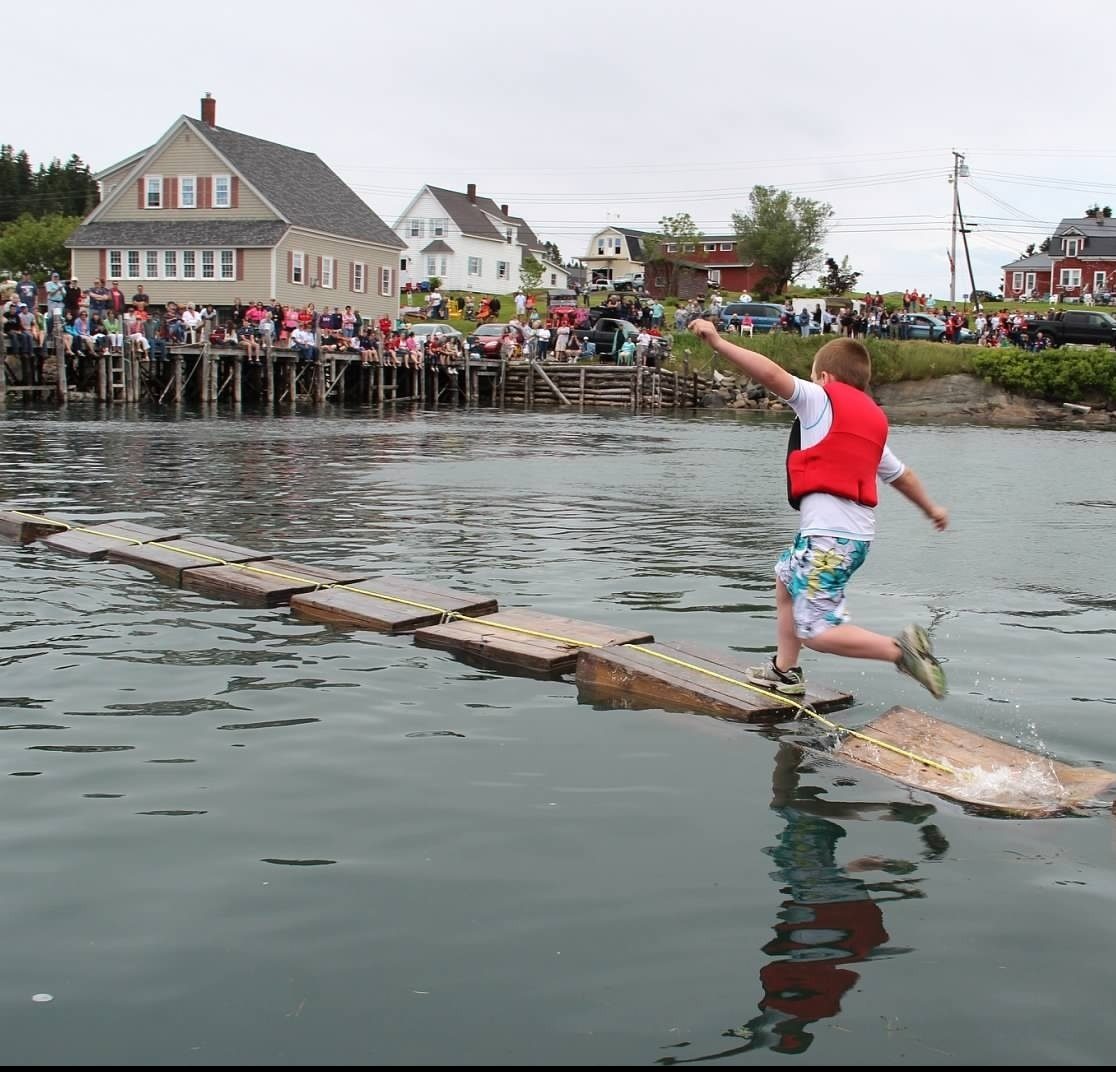 The fishing villages of Downeast Maine take Independence Day very seriously.  Their 4ths are so festive and charming that you often feel like you’ve stumbled into a Normal Rockwell painting. Here are three of the best small town 4th of July’s in Downeast Maine.

The fishing villages of Jonesport and Beals Islands, which are connected by a dramatic, arching bridge, offer up a classic Downeast Fourth of July.  The stretch of water between these two traditional fishing villages is called Mooseabec Reach and they host a Moosabec Summerfest which stretches from late June through to mid-July and includes the 4th.  Their celebrations include a grand parade, lobster feed, tug of war contest, beauty contest, fireworks and the ever popular “World’s Fastest Lobster Boat Race.”  This race is the oldest and most famous in the lobster boat racing circuit.  Here is the most recent Jonesport Beals / Moosabec 4th of July schedule for your viewing pleasure.

The coastal town of Eastport hosts an Independence Day event which stretches over several days.  Attendees are able to indulge in locally made strawberry shortcake, blueberry pancakes and fish chowder. Those with a competitive edge can join in on the annual codfish relay race, blueberry pie and watermelon eating contests, water sports, running races and a Miss 4th of July contest.  The festivities are finished off with a fantastic fireworks display over the harbor. Here are details on where to eat, stay and what to do when you visit Eastport as well as the most recent Eastport 4th of July schedule.

It would be impossible for me to write about fantastic 4th of July celebrations without mentioning my home town of Cutler. Those who visit Cutler during the Fourth of July, are able to witness a unique and wonderful hometown celebration which has taken place every summer since at least the late 1800s. The pomp and circumstance includes a slew of unique games and competitions that you’d only find in Down East Maine. In addition to the typical parade and flag raising, there are coca-cola drinking contests,  saltine cracker eating contests (the first one to eat a giant stack of dry saltine crackers then whistle, wins) and tug-of-wars between locals and people ‘from away.’  But perhaps the most unique event of the Cutler Fourth of July celebrations is the lobster crate race, where a bunch of barely buoyant, wooden lobster crates are precariously strung together and tethered between two wharves.  Spectators are then challenged to run across the crates without falling into the icy water.  Given the odds of making it across the crates are less than 10 percent and the water temperature is around 54 degrees, you’d think people would be reluctant to sign up for the challenge. Yet the opposite is true. In Cutler, we actually have to cap the number of contestants at fifty each year.  Here are details of where to stay and what to do when you visit Cutler as well as the most recent Cutler 4th of July schedule.