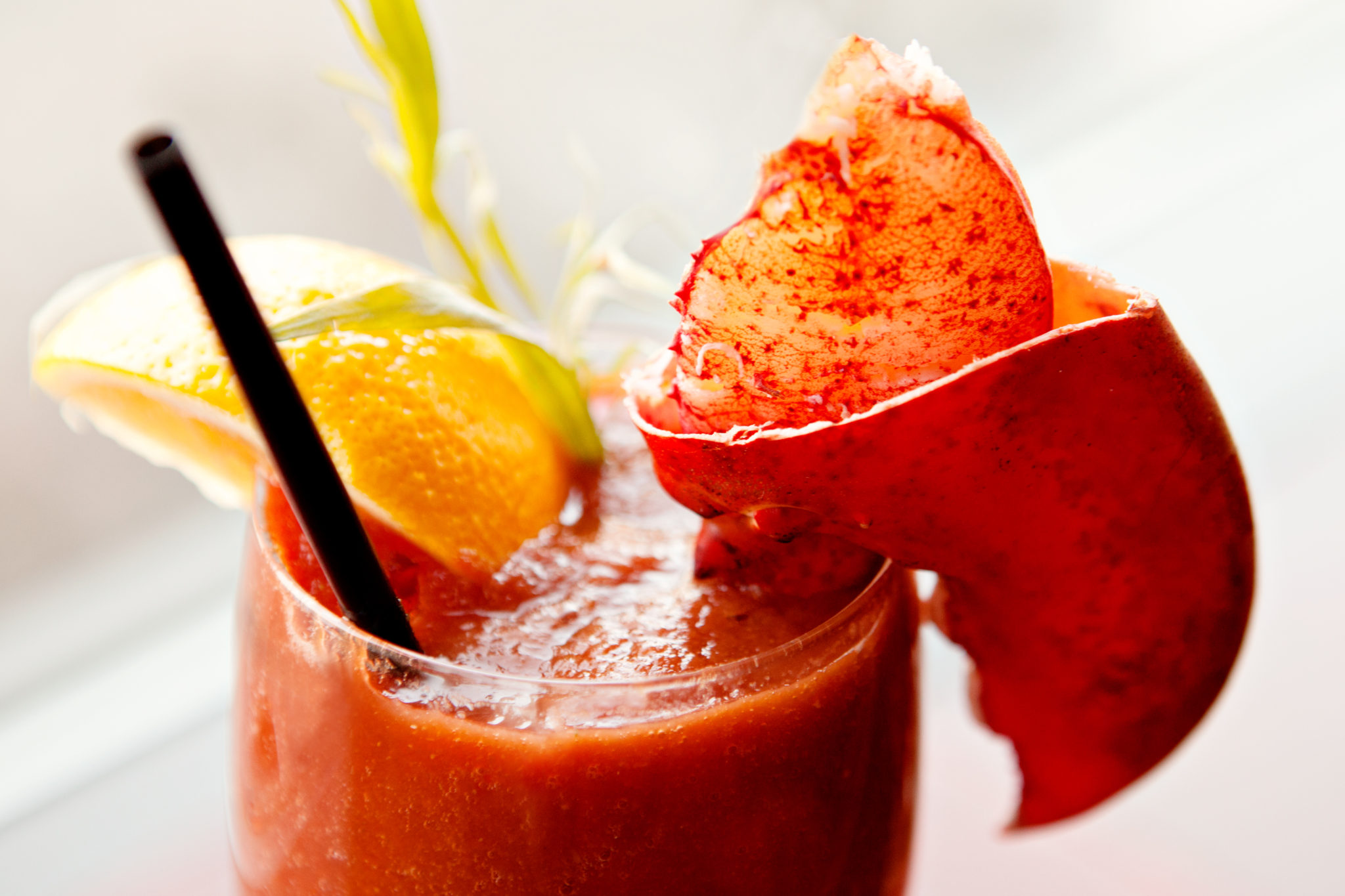 The Lobster Joint Restaurant in New York (with branches in Greenpoint, Lower East Side and Rockaway Beach) serve a Lobster Claw Bloody Mary for the bargain price of $9.  It comes garnished with celery, a pickle, olives and a lobster claw.  This delectable bloody mary was recently voted one of the seven best bloody marys in NYC by Gothamist magazine.

At the White Elephant Hotel on Nantucket Island you can order a lip-smacking bloody mary which comes garnished with a whole lobster’s worth of meat.  Chef Fred Bisaillon, of the restaurant’s Brant Point Grill, shared the recipe for this amazing concoction with the Today Show and I am posting it below.

I have come across several other lobster bloody mary recipes which I am including in this post. The
first recipe, from Bruno Loubet’s soon to open London restaurant, Grain Store, is for in infusion called the  “Chilled Lobster Bloody Mary.” The press photo of this dish looks amazing and I look forward to trying it in person when the restaurant opens.

Finally,  Men’s Health Magazine published a lobster bloody mary recipe from the chefs of MC Perkins Cove in Maine, a restaurant which I have written about previously on this blog with regards to their wonderful lobster rolls.