When Memorial Day arrives each year, many people along the New England coast seek out their first taste of fresh Maine lobster of the season.  Here is a list of some of the best lobster shacks in Maine that are usually open by Memorial Day, serving up delectable shore dinners and buttery lobster rolls to welcome the return of the Maine summer season.

The Clam Shack often opens by Mother’s Day.  It serves one of the best lobster rolls in Maine. Address: 2 Western Ave, Kennebunk, ME 04043

Thurston’s often opens at the end of May.  Diners can tuck into clams and mussels by the pound, crab cakes and chowders along with shore dinners, baked lobsters, lobster rolls and blueberry pie. Address: 9 Thurston Road, Bernard Maine 04612

So set your sat nav and get ready to enjoy some fresh Maine lobster! If you’d like to read more about Maine lobster shacks, just click here. 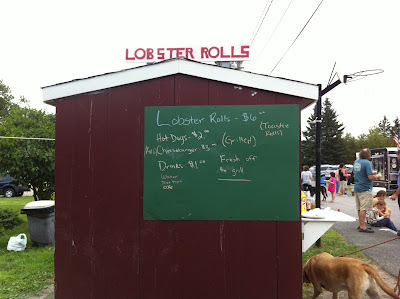 « Blogging about Maine lobster fishing from London?
Unlocking the Magic of Lobster Shells »